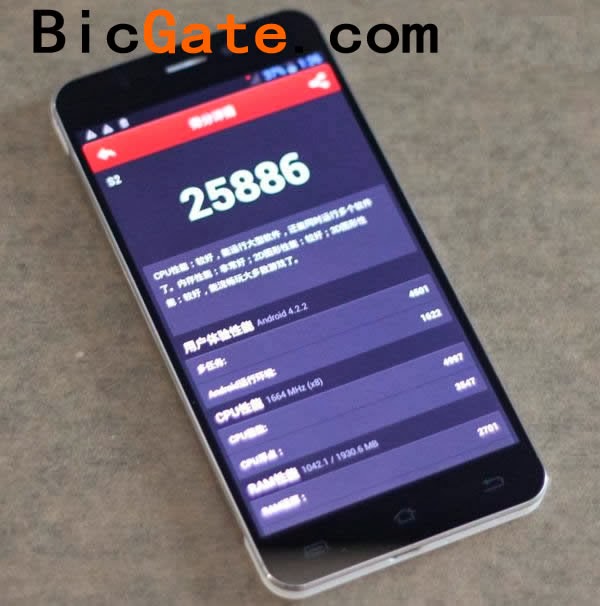 Eight-core is one of the recent hot, there MTK6592 eight-core phone has more than dozens of messages in MediaTek MT6592 released before, Jiayu Mobile Phone also revealed its own eight nuclear program will be in addition to G4, G5, and other products to upgrade to eight-core, there are two new eight-core products will launch the follow-up, respectively, Jiayu S2 and Jiayu G6. Frequent exposure from the current view of the situation S2, S2 may be launched in early G6.


Jiayu S2 will be powered by 1.7GHz frequency MT6592 main eight-core processor, built-in 2G RAM+32 G ROM's large memory, the latest in a run of close to 26,000 points, from JIAYU G6 product safety Bunny fraction of view, S2 run of there is room for improvement, but the scores were not taken seriously now more users.

S2 is Jiayu emphasize industrial design models, body made ​​of stainless steel build, thin to 6 mm, unilateral border width of only about 1.7 mm, 139 * 67 * 6mm measurements stand out in 5-inch screen products. Average 5-inch screen products fuselage width of about 70 mm, single-handed operation is very smooth, we can imagine has 67 mm width S2 limit should be more stress-free operation. Has a 6 mm thickness and a narrow fuselage, thanks JIAYU G5 motherboard is not in the public version of the design, but specifically tailored long strip.