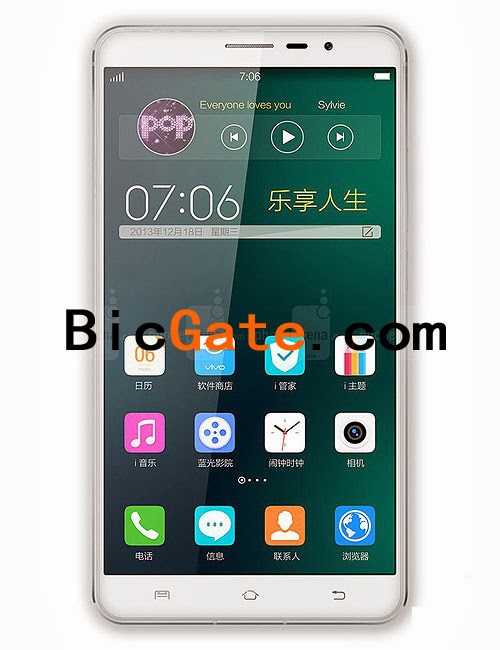 Although Cube the main production tablet, but cross-border launch has not diminished the enthusiasm of mobile phone products , the first mobile phone product TALK5H have also run into a certain name first . In the middle of January , CUBE announced a cell phone under the product code Cube TALK69, close to the phone giant flat screen, part of the core processor with a MTK eight-core chip.


Cube Talk79S and TALK69 front of other parts of the design , the machine uses a straight shape Founder , tough gas skyrocketing , followed by rich metallic side , should be using a metal box , the official said that it would adopt a steel roll cage design . I do not know whether it is rendered sake, at the edge of the box seems to have a concave design, increasing the overall Smart. Also the bottom right side of the machine and a hole respectively , the specific purpose yet to be understood.

Cube TALK69 is TALK series of mobile phones in the second paragraph , the screen a lot bigger than the Cube Talk 5H , preliminary data show that this new product will use 6.95 inches 1920 * 1200 resolution, full -screen fit , the processor is 2GHz high frequency version MT6592, equipped with a 1300W pixel camera, memory specifications for a combination of 2G RAM +16 G ROM , dual card dual standby , the factory may be pre-installed MIUI style customization system . To attracted everyone's attention and concern, the price of the aircraft has already announced, the final price is 1499 yuan Cube TALK69 , is said to be officially released in March listed .
时间： 二月 19, 2014