Huawei Honor 9 may release on the 29th of this month according to the newest imformation for the sake of earning more share of the market than Xiaomi phones. 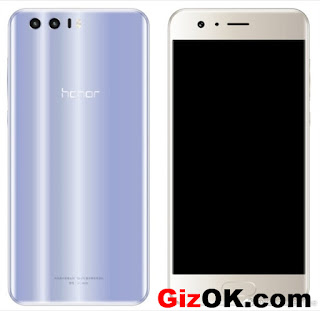 There are not much difference about the appearance of Honor 9 according to the news leaked on the line that the back will be used the curved glass design.In other words,it can be said that it is the small facelift of Huawei Honor 8. As for the configuration, it will be equipped with 5.2 inches screen that is a little bigger than Huawei P10.The rear is 12 million pixels +2 million pixels dual camera, which is the same as Huawei Honor V9.

What the fans of Huawei more focused on is the configuration and price. Honor 9 will still use the Kirin 960 processor that is the same with the Huawei P10 Plus. The system is based on the EMUI 5 system developed by Android 7.0,which the system of EMUI 5.2 (Android 7.1) that used on the phone of Huawei P11 is improved with it.Applying with 4G / 6G +64 G / 128G storage design, 3200mAh battery and joined the 9V / 2A fast charge technology which reach the peak power up to 18W.

In addition, Huawei official invited the popular movie star Hu Ge as a product spokesperson in order to establish a better Huawei product image which must will make it popular like Huawei Mate 9.