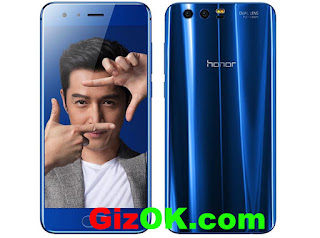 Huawei Honor 9 was released in Shanghai on June 12 this year with the theme of "beautiful and colorful", whose location is "the most cost-effective flagship". It with a new high-cold fashion color that after its release, it got the focus of the user's attention.


First to look at the configuration of the Honor 9, it equipped with Snapdragon 960 processor, which is improved on the basis of the Huawei Honor 8 while it uses the processor of the Kirin 950, with 4GB / 6GB memory that is same storage as the Huawei Mate 9, which will let us to use the Apps we like while it is also support TF card up to 256GB extended.

From the screen and body size, the front side of the Honor 9 with a 5.15 inch 1080P screen that is a little smaller than the screen size of the Huawei P10 Plus, which is very suitable for users to hold, especially for people who are accustomed to single-hand hold the phone. What's more, it equipped with three cameras, rear 20 million zoom dual camera that taking pictures like using SLR. As for the front camera, it with 8 million pixel camera that is the same as the Huawei Honor V9.

In addition,from the user survey data we know that it is very popular that about 60 percent customers want to buy the Honor seagulls gray version comparied to the Huawei Mate 10.