Huawei Honor 9 will release on June 12 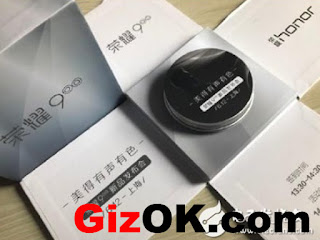 Recently, Huawei official announced that Huawei Honor 9 will release in June 12 in Shanghai , and Hu Ge will also appear at the conference to make activites, which earn much attentions of the fans.


Comparing to the previous generation of Honor series like Huawei Honor 8, the screen size is maintained between 5-5.2 inches or so, the resolution is always the 1080P, the processor is also update with the Kirin. This year is estimated that the Honor 9 with Kirin 960 like Huawei Mate 9.

As for the memory combination,it with 4GB RAM and 128GB R0M,which will gives us a high speed like Huawei P11, that is gradually expanded from the 3G to 6G development according to the Honor series. What's more, it with the high end dual cameras, front 8.0 MP, black 2*12.0 MP with flashlight auto focus.

As for the price,many people think that it is reasonable that the price has increased, and it is estimated that this year's Honor should be the price of 2499/2699 yuan which is closely to the Huawei Honor V9. Which one you like better?