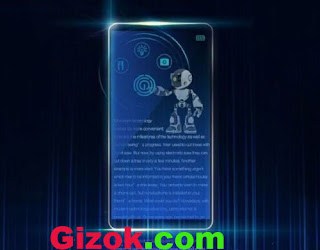 Recently,there are a lot of news about Huawei mobile, not only the news of the release machine, but also the leak news about the phones that are not release yet.Now the latest news said that the Huawei Honor Note 9 will use a full screen design.


According to the news from the Gizok that Huawei will be introduced earlier about the 18: 9 full screen products at the second half of this year, which has comfirmed that the next Honor Note 9 with a full screen phone, whose size reached 6.6 inches that the size is much bigger than the Huawei Mate 9 but the same as tha last generation of the Huawei Honor Note 8.

As for the other configuration, it equipped with Kirin 960 octa core chip, which is the same as the Huawei Honor 9, built-in 6GB shipped + 128GB storage portfolio that will allow us to download a lot of games and movies. In addition, it is said that the Huawei P11 will also use the design of full screen like the Note 9, is it the truth? Let's waitting its more information.