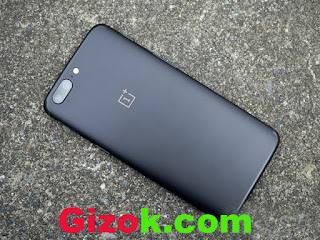 After a long time for waitting under a lot of fans of the OnePlus that the new machine of the OnePlus 5 finally will be released. Due to the time difference, and now it has officially released OnePlus 5 in foreign countries that its shape and parameters is basically is the same with the previous leaked news. Let's to see in detail.


First, its shape overall more rounded, the screen is 5.5 inch that is the same as the OnePlus 3T and the outer of the screen cover with 2.5D glass, frontal fingerprint Home button can not be not pressed, the back with the sandblasting process, U-type antenna design, horizontal parallel dual camera, and the camera were prominent.
As for the other aspects, it also equipped with Snapdragon 835 processor, memory is 6GB and 8GB two versions, the corresponding storage space is 64GB and 128GB, which is much bigger than the phone of the OnePlus 3. The rear dual camera are 20 million pixels (F / 2.6) +1600 million pixels (F / 1.7), built-in 3300mAh capacity battery and also supports fast charge.

As for the price, the US regional price is 479 US dollars, which is equivalent to about 3300 yuan (8GB version equivalent to 3700 yuan) that is close to the price of the Huawei P10. In addition, according to the news from the Gizok that there is no need to worry about can not get it for there are adequate stocking.