Meizu Pro 7 will release with dual-screen 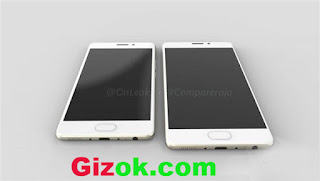 There are many news said that the new machine of the Meizu Pro 7 will equipped with the Helio X30 processor, but they are not confirmed by the Meizu official. Today both sides of the official micro-interaction and make it to be true that the information leaked before is right.


According to previous news that the biggest feature of the PRO 7 is the design of the front and rear dual-screen, which has not applied on the phones like the Meizu Pro 6 Plus. Behind the design of a sub-screen, the vice screen can show self-timer picture, and vice screen can also display the state as the main screen Column information.

As for the other configuration, the Meizu PRO 7 with 5.2-inch 1080P display, which is the sama size of the Meizu MX7. It equipped with 4/6GB RAM +64/128GB ROM that the customers can choose the one they like according to their own need. What's more,the price is expected from 2799 yuan that is not much expensive than the Meizu Pro 6S.