Huawei Mate 10 performance is better than the iPhone 8 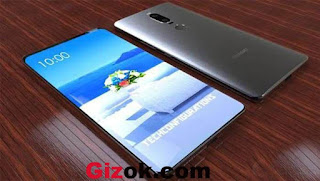 Huawei except the P series, there is another series that make the Huawei to be famous, that is, Huawei mate series. There are several factors that influenced huawei not achieve its expected market results, but in the second half of this year that the Huawei Mate 10 will pay more attention to create a better machine to earn more market share.


It is said that the release time of the Mate 10 is closely to the time of the iPhone 8, and in many aspects that the former will perform better than the latter. Firstly, Mate 10 with 4000mAh battery that is bigger than the Huawei Honor 9, while the iPhone usually have to charge each day.

Secondly, it equipped with the Kirin 970 processor while the Huawei Mate 9 use the Kirin 960 processor that has some breakthrough and makes it better in the camera and the charge.

Now the problem of caton in the phones with high equipments like the Huawei P10 Plus and the not released phone of the Huawei P11 will rarely appeared, so in some small details of the treatment is the key points to decided which one is better in the mobile market.