Huawei Mate 10 with 6.1 inch screen will release on October 16 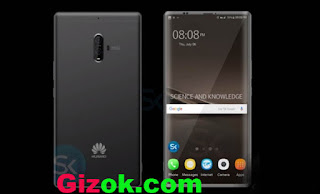 Recently, the boss of the Huawei has confirmed that Huawei Mate 10 will be equipped with a full screen with the size of 6.1 inch. For Huawei , they need to give this technology a loud name.


According to the EU Intellectual Property Office announced this week that Huawei submitted the "EntireView Display" registration application, which can still be translated as "full screen." Predicting to the routine procedures, this trademark can be approved earlier this fall, which is just to catch Mate 10 release.

It is said that the trademark is the name that the Huawei give to the new name of the screen for the Mate 10. According to the news come from the Gizok that this new machine will be released in Munich on October 16. Except this new machine, the Huawei Mate 10 Lite will also release with it, which sounds more exciting. The former price of up to 7,000 yuan + and the latter is 3700 yuan +, which is much expensive than the Huawei P10 Plus.

There is no doubt that the first time for Huawei to use a full screen on Mate 10 will be another breakthrough in Huawei's industrial design, which has never applied on the other phones like Huawei Honor 9. Will the Huawei P11 also use the full screen design? There is much possible.