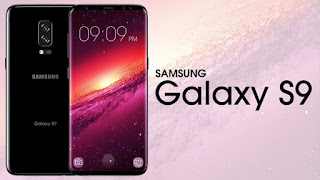 These days we're witnessing the proverbial calm before the storm in the mobile world, with the storm in this case being the iPhone 8 that Apple will unveil at its event on September 12.


And Samsung knows this. As it should, being Apple's No.1 competitor in high-end smartphones (in terms of sales). Now a new report from the company's home of South Korea claims the iPhone 8 is actually influencing Samsung's development schedule for the Galaxy S9.

Samsung may unveil the S9 as soon as late January, with global sales starting in mid-February. If this pans out, it means the S9 would be on the market more than two months earlier than its predecessor. The reason for this has to do with Samsung creating a strategy to defend its flagship line's sales against the iPhone 8, which is sure to suck all the air out of the mobile world in late 2017 and early 2018.

The current reported specifications for the hardware suggest that the headset will stick with the current high-end configuration of 4 GB of RAM. That matches the recent Note 8, and also the Galaxy S8 and Galaxy S8 Plus handsets released earlier this year.

The S9 should retain the elongated screen form factor of its predecessor, but sport Qualcomm's next-gen high-end chipset (for some markets), which may be called Snapdragon 845. It could also adopt a dual rear camera setup similar to the one employed by the Galaxy Note 8 (as well as the iPhone 8). Galaxy S9 will start from $800.