What Will The New iPhone Be Called? 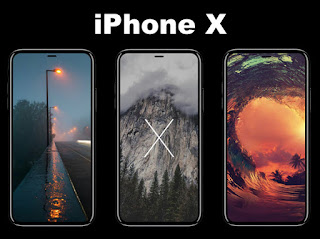 For all the hype and leaks around the coming "iPhone 8" there remains one area of uncertainty: its real name.


For starters, there's iPhone 8. This is what most pundits — myself included — are calling it by default until it's officially confirmed. It differentiates the high-end device from the other two iPhones Apple is also expected to launch next Tuesday. These are expected to be more incremental updates, largely keeping the design of the iPhone 7 and (presumably) costing less than the iPhone 8. (These are sometimes tentatively being referred to as the iPhone 7s and iPhone 7s Plus — but more on them shortly!)

One of the more common names used instead of iPhone 8 is “iPhone Pro.” This one actually makes a lot of sense. The iPad line came out with a Pro model so it would make sense for Apple’s other iOS device line to use a similar naming convention. Keep the regular “base” models and introduce a premium Pro model. This makes a lot of sense from a marketing perspective.

I’m going to group the final two rumored names together as they kind of follow the same idea. The iPhone X and iPhone Edition have both been thrown around by some analysts. Both of these names seem to suggest that the name has something to do with the tenth anniversary of the iPhone and this device will be some sort of special edition launch. I’m hesitant to believe that Apple goes this route. Across all lines of various Apple products we never see one-off special edition devices.

Both iCulture and 9to5Mac believe that they will be called the iPhone 8 and the iPhone 8 Plus, with the higher-end special-edition device taking a different name.

iPhone 8, iPhone Pro, iPhone X, or iPhone Edition… We won’t have to wait long to find out. Apple’s new flagship is being revealed to the world next week.