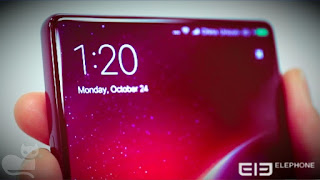 
Before its release that it is said to be provided with the version of the black, blue and the red while the phone of the Elephone P8 provides the color of black, red and gold that is the common color in the mobile market, but as the version of the black and blue are in stock that the red version has not start to update on the website.

According to the news come from the Gizok that the S8 red limited version will meet with us and be ready to send out soon. As for the configuration, it equipped with the 4+64GB memory combination with the Helio X25 processor that the performance will be amazing and unforgettable.

In addition, it featured with 6.0 inches screen on the basis of the Android 7.1 OS that the operate speed will as quick as the Xiaomi Mi6 while it equipped with the MTK6755 processor. Finally, what we want to remind is that except the color, there is no difference to the black and blue version that you can buy it without hesitation. Waiting for its coming.