OnePlus 5T with the same price as the OnePlus 5 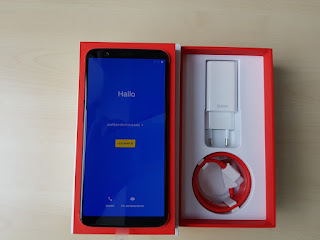 
According to the confidential documents come from the foreign media techradar that the OnePlus 5T will with the same price as the last generation of the OnePlus 5, which makes many fans of the OnePlus have a relief.

It is equipped with Snapdragon 835 with 8+128GB memory combination that the performance will be excellent as the Xiaomi Mi MIX 2 while the OnePlus 3T just featured with 6+64GB combination. It is reported that the price of the British version of the OnePlus 5T is exactly the same as the last generation that the 64GB version with the price of 479 US dollars (449 pounds, 599 Australian dollars), while the 128GB version is priced at 539 US dollars (499 pounds, 699 Australian dollars).

It is said that according to this news that the OnePlus 5T domestic version will also with the same price if there is no accident, and the versions that has released will cut about 200-300 yuan for sell that is much cheaper than the Huawei Mate 10. Do you like it?