Why the Blackview BV8000 Pro is so popular? 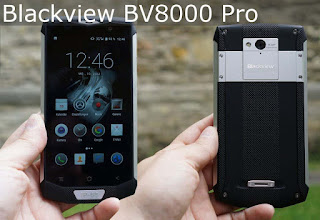 With the development of the science and technology that people are not just pursue the amount of possess, but the higher level like the appearance that looks beautiful and the functions that use convenient in daily life. Many manufacturers have realized the important of this, and try their best to meet the requests gradually, including the brand of the Blackview that its machine of the Blackview BV8000 Pro has met several claims.


To begin with, it supports the function of the IP68 that is the basis request for the three-anti phones like the DOOGEE S60 and the Ulefone Armor 2 that can work well in the dust and under water, which means we do not need to pay much attention to protect it from the water in daily life and worry that the screen will be cracked when we drop it accidently.

Next, it is about the battery. The BV8000 Pro built in a 4180mAh capacity battery that is said to be almost the same as the Blackview BV9000 Pro, which although is not very big that it with the function of power saving that each charge can support 28 days standby, 27h continuous talk, 19h music player and 8h Mp4 that is very convenient for us in normal usage.

Last but not the least, it supports OTG function that is easier and faster data transmission that the data transfer is one of the factors to influence the person who is considering whether to change a phone or not that it is easy to achieve the transmission to a phone, external USB or other device etc. while the phone of the Blackview S8 is not convenient as it. It is in stock now, do not hesitate to have one.