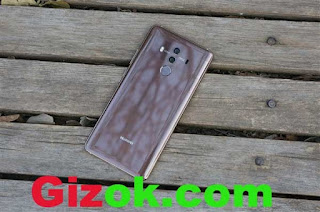 With the development of the technology that it is more and more simpler for us to know the events happened in the world without walking outside, including the mobile phone market that the domestic brands are trying to release in the abroad market. According to the news com from the Gizok, the Huawei Mate 10 will be released into the American market in January next year.


The P series and the Mate series like the phone of the Huawei P11 that is said earned a high attention at abroad and many fans of the Huawei are waiting for its release, and the sell result of the other phones is very great that it already made a good foundation for its expansion.

According to foreign media GSMArena reports, Huawei is working with the US carriers of the AT & T and Verizon that plans in next January the Huawei Mate 10 and Mate 10 Pro to the United States market, and it will also not take a long time that the other phones like the Huawei Honor V10 will also update the version that support work in the USA.

What’s more, the foreign media said that the Huawei may release the Mate 10 and Mate 10 Pro at the Consumer Electronics Show CES2017 in Las Vegas to show the U.S. consumer the flagship product from China. As for the price, there is not much difference between the China version that is a little expensive compared to the phone of the Huawei Nova 2s.