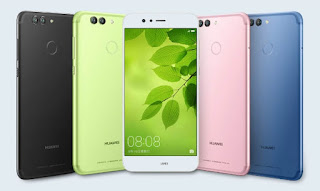 Recently, there is another model of Huawei named “HWI-ALOO” appeared at the Ministry of the Industry and Information with one of the sell points is the pre-fingerprint + full screen design that the logo on the back side is HUAWEI, and there is no doubt that this new machine is Huawei Nova 3, which we have waited for a long time.


From the picture leaked from the Ministry we know that it is very simple on the black side without the fingerprint that the dual rear camera looks more neat and uniform than the phone of the Huawei Honor V10. The front panel with 18: 9 full screen design, and what commendable is that although the 18: 9 design, the phone still retains the fingerprint.

The processor of the Kirin 970 applied on the Mate 10 series like the phone of the Huawei Mate 10 has earned a high reputation in the market while the processor of the Kirin 659 is not perform as well as the Snapdragon 660 that many fans of Huawei expect this time the performance of the Nova 3 with Kirin 670 will reach the expectation and do not let others down.

How about the other information? It is said that it will equipped with 4+128GB memory combination that is a little smaller than the Huawei Mate 10 Pro while it is equipped with 6+128GB combination on the basis of the Android 8.0 OS. Let’s wait its’ coming.