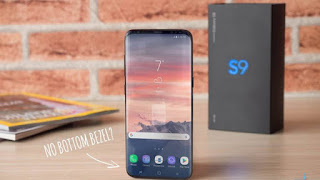 The good news keeps on coming for fans of the Samsung Galaxy S9.

On top of news that the phones will ship with tech that will rival Apple’s iPhone X (such as face recognition tech and a dual-lens camera), it also appears the new handset will have a much-improved battery life, too.


According to reports posted by The Leaker, some models of the phone will feature the already-leaked Qualcomm’s 10nm Snapdragon 845 processor – which will boost performance and make the phone more powerful than Samsung’s previous handsets.

However, new information reveals that other models of the phone (most likely the Samsung Galaxy S9 Plus versions) will instead feature the Exynos 9th series CPU.

This new chip looks set to challenge even Apple’s newest A11 Bionic CPU, which has been delivering improved battery life in the iPhone 8, iPhone 8 Plus and specifically the flagship iPhone X model.

It appears as though some new benchmark results for a Samsung smartphone with the model number SM-G960F have appeared online on the Geekbench website (via theinquirer.net). This model number is widely expected to the global version of the Galaxy S9.

“The handset, which likely will come powered by Samsung’s new Exynos 9 Series 9810 processor, scored 2680 on the single-core Geekbench 4 test and a 7787 on the multi-core test,” explained Carly Page, editor of theinquirer.net.

“While impressive, this puts the device far behind the iPhone X, which scored a single-core score of 4197 and multi-core score of 10051.”

Even more worryingly is the fact that according to BRG, if these test scores are in line with what customers can expect to see when the phone launches next year then Samsung’s next big phone won’t match up to the iPhone 8, or iPhone 8 Plus – let along the iPhone X.