Huawei Honor 10 with full screen may release in March 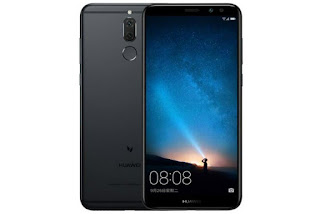 As one of the leaders in the mobile phone market that Huawei has several series, including the P series, Mate series and the Honor series etc. that the Honor series got the greatest result with the promotion of the Huawei Honor V10, which has released for a little earlier than the last generation in order to make the other phone can release in March.


Recently, there is much information about the new machine of the Huawei Honor 10 that is said to be released in March in order to compete with the new machine of the Xiaomi. From the exposed news, the Honor10 will be equipped with the popular full screen design like the phone of the Huawei Mate 10 that the screen ratio ups to 18:9 with the metal in the box design with the help of the dual rear cameras that the pixels is 16.0 MP plus a front camera with the same pixels.

Configuration, the Honor10 is likely to continue to use Kirin 970 processor for there is no news of Kirin 980 processor like the phone of the Huawei P20 with 6GB RAM plus at least 64 GB ROM that the maximum support 128GB storage space. Other technical aspects, it will be equipped with waterproof and dustproof features, while supporting face recognition and so on that the performance will be much better than the Huawei Nova 2s.

Last but not the least, it is said that the price of the Honor 10 will be closely to be Honor V10, and the people who care for the processor may choose the phone of the Xiaomi Mi7 with Snapdragon 845 while the Kirin 970 is compatible to the processor of the Snapdragon 835.