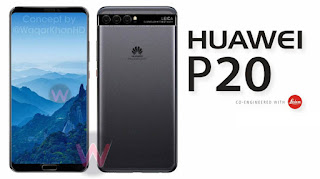 New details have been revealed about the successor of the Huawei P10, which will go by the name Huawei P20.


Leaked schematics reveal that there will be at least three versions — all of which boasting some extremely thin bezels. The two models namely the Huawei P20 and Huawei P20 Plus will have thicker foreheads and chins. The bottom bezel will serve as the home of the fingerprint scanner for both devices.

The third and highest tier model called the Huawei P20 Pro has almost nonexistent bezels. The bezel on the bottom is much slimmer while its top portion comes in the form of a notch like the one found on the Apple iPhone X.

The fingerprint scanner on the Huawei P20 Pro is found on the back, but those who have been following the news about the flagship would know that this will not be the primary means to unlock the smartphone with the company working on the Face ID, which the company takes pride in and claims will be better than that of Apple. As for the imaging side of things, Huawei is taking to the next level the dual camera setup, which is another new trend in the mobile space.

The Huawei P20 trio are expected to be unveiled either at the Consumer Electronics Show (CES) in the coming days or at the Mobile World Congress (MWC) next month.