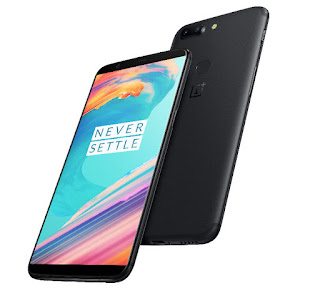 Although there are only several models for the customers to choose the OnePlus, its appearance and performance has earned a high reputation. Recently, there are much information on the internet about the newest model of the OnePlus 5T, but has not be confirmed by the official. Today, the official of the OnePlus announced that the 5T is in full stock, including the white, red and the black version.


Appearance, the largest upgrade of the 5T compared to the previous generation model is equipped with the popular full screen design like the Huawei Mate 10 that the screen ratio reachs 18: 9 with a resolution of 2160 × 1080 that looks very beautiful, and the increase of the screen also makes OnePlus 5T placed the fingerprint identification on the back side.

As for the core configuration, it is equipped with Qualcomm Snapdragon 835 processor while the next generation of the OnePlus 6 is said to be equipped with Snapdragon 845 processor with 6 / 8GB LPDDR4X RAM + 64 / 128GB UFS2.1 ROM that the space is enough for us to use it like the phone of the Huawei P20 that the performance is excellent with the help of the battery capacity is 3300mAh, which support Dash flash charge on the basis of Android 7.1 system.

How about the other aspects? It is equipped with a front 16.0MP camera with the aperture of E/2.0 plus the dual rear 16.0MP+20.0MP cameras with the aperture of F/1.7, which support portrait mode, professional mode, slow motion video capture etc. that the picture taken by it will be really clear and beautiful like the phone of the Huawei Honor V10.