Samsung Galaxy S9 will be the most popular smartphone in 2018 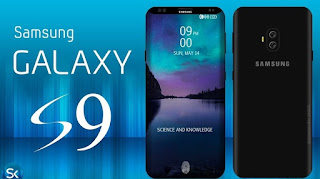 Samsung recently confirmed that its all-new smartphone will be revealed at Mobile World Congress next month but it seems there’s very little we don’t know about this device. If all of the rumours and leaks are true it appears the Samsung Galaxy S9 will feature a dual curved AMOLED display - similar to the current Galaxy S8.


But, recent reports suggest the Galaxy S9 may include a new display technology, which allows the device's touchscreen sensors to be placed directly on the flexible portion of its display. The technology is called a "Y-OCTA display" or "Youm On-Cell Touch AMOLED."

While details indicate the main purpose of the technology is to help decrease the thickness and weight of smartphones, it may also be connected to how in-display fingerprint scanners work on Samsung devices. Android Community noted that smartphones, including the Galaxy S8 Plus and Galaxy Note 8, were rumored to include Y-OCTA displays before they released.

No feature details about the Samsung Galaxy S9 and Galaxy S9 Plus are confirmed at this time, but Samsung has stated that the smartphone will be announced in late February during the Mobile World Congress convention in Barcelona.