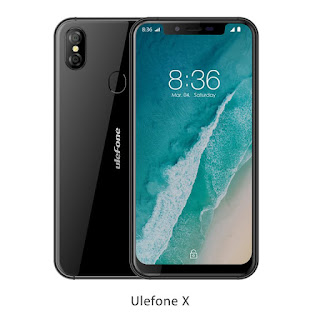 
Starting with the Ulefone T2 Pro, this is a phone that Ulefone is positioning as the world’s first smartphone equipped with a MediaTek Helio P70 processor. This is further padded out by the Ulefone T2 Pro featuring 8GB RAM and 128GB storage. Comprised of a 21-megapixel camera along with a 13-megapixel secondary camera. The rest of the spec list is made up of a 6.7-inch display along with a 19:9 aspect ratio and a 2260 x 1080 resolution, a 16-megapixel front-facing camera, a 5,000 mAh battery, and Android 8.1 (Oreo).

The Ulefone T2 is the world’s first smartphone equipped with Helio P60 processor. Aside from lower main frequency of CPU and GPU, the Helio P60 is on a par with the Helio P70 processor. Other features include a whooping 6GB of RAM, 128GB of internal storage, 21MP/13MP rear camera combo, 13MP selfie shooter, 6.18″ 18:9 all-screen FHD+ display, 4400mAh battery, Android 8.1 Oreo and rear fingerprint sensor. The T2 is expected to be available in April too.

Ulefone S1 and Ulefone S1 Pro feature a 5.5-inch display along with an 18:9 aspect ratio, as well as a dual rear camera setup consisting of 8-megapixel and 5-megapixel cameras. In addition to 1GB RAM, 8GB storage, a fingerprint sensor, and a 3,000 mAh battery. In fact the main difference between the two is the Ulefone S1 is powered by a MediaTek MT6580 processor while the Ulefone S1 Pro comes powered by a MT6739 processor. Both of these models are expected to launch in March.

Those more concerned with battery life might want to check out the Ulefone Power 5 as its big selling point is the inclusion of a whopping 13,000 mAh battery. Although, this is also a phone that features a 6-inch display with an 18:9 aspect ratio and a FHD+ resolution. As well as dual camera setups on the front (13-megapixel and 5-megapixel) of the device, and the back (21-megapixel and 5-megapixel). The rest of the specs include 6GB RAM, 64GB storage, a MediaTek MT6763 processor, fingerprint sensor, and Android 8.1 (Oreo)

Some of the other devices Ulefone had on show at the event was the S9 , S9 Pro and Ulefone X which both share a number of common features and specs including all-screen displays and dual camera setups.