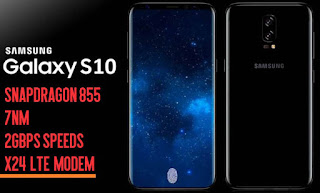 Although the upcoming Samsung Galaxy Note 9 tablet phone is not expected to be an iterative update on existing hardware, but it will appear with the Galaxy S10.


According to the latest report, Samsung has already confirmed to the industry partners that the Galaxy S10 has decided to use a display fingerprint sensor. The display panel will be provided by Samsung Display, and Qualcomm is said to provide ultrasonic fingerprint sensors.

The inclusion of this technology in the tenth-largest Galaxy S handset will be a strong statement that the Galaxy brand can still have an impact on the smartphone world. The Galaxy S9 (it can be said of the previous Galaxy S8 series) is an iterative version that improves on the specifications and technologies used in the previous flagship and does not break any real new areas.

Although Chinese manufacturer Vivo may scoff, but Samsung will be seen as the first brand to push it into the mainstream market. The launch of the Galaxy S10 will be the first opportunity for a large smart phone in 2019.