iPhone XR 2 will be released in advance 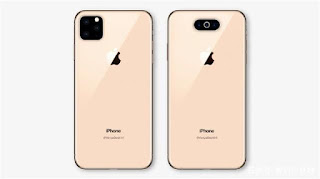 In 2019, the annual flagship of major mobile phone brands, all media are ready to go, among them Samsung Galaxy S10 series can be called "everyone knows", Xiaomi Mi9 was released in advance, Huawei also announced that it will launch 5G folding mobile phone on February 24. Recently, another media reported the relevant information of the 2019 new iPhone. The second generation of iPhone XR will be released in March, but according to past experience, it may be a fake news. However, according to information released by CaseMe, a mobile phone accessory manufacturer, iPhone XR 2 is the same size as iPhone XR, iPhone XR Wallet Case is suitable for iPhone XR 2.


We can see the design of iPhone XR 2 based on this CaseMe iPhone XR Wallet Case. The second generation of the iPhone XR has slightly larger bangs than the iPhone XR, and it can be determined that it uses the Face ID function.