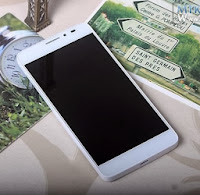 
TCL idol X+ will pick up the latest release of mediatek eight processors TM6592, at the same time there will be supporting intelligent equipment, dressing window very much. Official has not yet announced the comprehensive parameter of this product, and conference on the 26th of this month, we can see the face of TCL idol X+.

Mediatek eight core processor MT6592 in multitasking processor, hd video, multimedia games running stability, high load and heat to all have outstanding performance, becoming the overall performance is excellent. MT6592 according to the main frequency is divided into two different versions, and existing message said TCL idol X+ is 2 GHz MT6592, if the rumors are true, then the performance of TCL idol X+ than is now released TCL idol X S950 with a 1.7 GHz MT6592 several models of more robust. Users interested in TCL idol don't forget to pay attention to this month 26 conference to witness the birth of the high performance price ratio new product.

According to the early stage of the electronic invitation letter, TCL idol X+ in Beijing on 26th 798 launch the ullens center for contemporary art, and this in addition to the eight core phone, TCL has reportedly will hand in hand with the domestic Internet giant intelligent wearable devices, this allows us to more a layer of looking forward to the conference. Current flow from TCL idol X+ configuration, perhaps, it will carry a 2.0 GHz mediatek MT6592 eight core processor, other configuration will be improved, the zhongguancun online mobile communications business department will be broadcast live, big family as well as timely attention to wait and see.
时间： 十二月 23, 2013