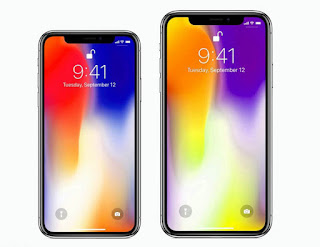 But the fruity firm is keeping a tight lid on iPhone 9 news for now, so we've scoured the web for all the latest iPhone 9 release date rumours, plus info on specs, design, features and price.


iPhone 9 release date – when is the next iPhone out?
It's very easy to guess the iPhone 9 release date, because Apple very rarely strays from its traditional launch pattern. Apple always announces a new iPhone in early September, typically on a Tuesday or Wednesday.

That means we're most likely to see the iPhone 9 revealed on Tuesday, September 11, or Wednesday, September 12. For the actual release date, Apple tends to prefer a Friday in mid-September – usually around the 20th day of the month.

iPhone 9 specs, features and design
For a start, Apple will definitely be upgrading its next phone with a new custom-built processor.

Last year we got the Apple A11 Bionic chip, which was around 25 per cent quicker than the old version. So for 2018, we'd expect an even faster Apple A12 chip inside the iPhone 9.

Mobile expert Imran Choudhary told the Sun that this would be achieve by borrowing the new iPhone X design – a big screen that touches every edge of the device.

And GBH Insights analyst Daniel Ives told us that there's lots of "demand in China" for big screen phones – and that's a country Apple really wants to improve sales in.

The bad news is that Ming-Chi reckons the new iPhone 9 will use a traditional LCD display, rather than the more advanced OLED screen from last year's iPhone X.

Rather than drive the cost of the iPhone 9 up, Apple might use an LCD screen and keep prices (relatively) low.

The good news is that other iPhone X features might still trickle down on to the iPhone 9.

This includes Face ID, Apple's facial recognition feature that lets you use your face to unlock your phone, as well as use the animated Animoji emojis.

"It's a clear selling point around iPhone X, and Apple knows the next stage of innovation will be on the software and 'under the hood', rather than the design itself."

iPhone 9 price – how much will new iPhone cost?
Kantar analyst Dominic Sunnebo said: "We're expecting to see smartphone prices rise in 2018, particularly with the devaluation of the pound."

The iPhone 8 Plus was Apple's most expensive entry-level flagship phone ever, costing £699 at launch – a big jump from the previous year.

According to Imran Choudhary, that price tag will grow even further for the iPhone 9, suggesting that we could see a retail price of "around £800".

That would mean the iPhone 9 would still be cheaper than the £999 iPhone X, but still very expensive compared to rival phones. After all, Samsung Galaxy S8 launched at just £689, while the popular OnePlus 5T costs just £449.