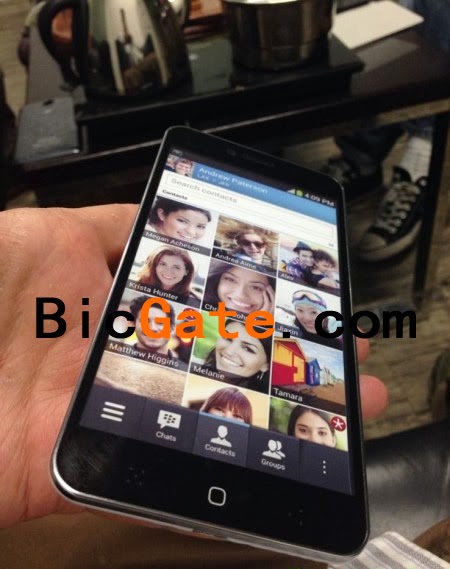 UMI mobile phone is the latest product of painstaking build-UMI X3, this phone is an appearance attracted many eyes, 4G, 2G clocked eight-core, dual-3G users, such as the moment both are the focus of attention, but in addition to these hardware level figures have been released from the news can be found, X3 also has a great industrial design breakthrough, the current aircraft suspected spy real machine was exposed for the first time out.


Although whistleblowers are not expressly photographs product is X3, however, by comparing the earlier renderings spread out, the machine is almost certainly no doubt UMI X3, another on the back of huge UMI X2 and more certain sign of the aircraft's identity.

Overall, UMI X3 with little difference between the renderings, the design is very simple, very sleek body treatment, especially around the back of the larger arc, while holding the grip feel should be good. Pre-information display, the machine uses one metal frame, border, is also metal, silver-white sides caught in the middle of black and white color is very noticeable texture. Also now officially confirmed the thickness of only 7.3 mm UMI X3, the battery capacity up to 3150 mA, and UMI Cross as with fast charging capabilities.

It is worth mentioning that the exposure of the real machine spy out also leaked a lot of content, details of the aircraft deal in place, the camera is almost flush with the body, equipped with a dual flash; placed on the right side of the fuselage and volume keys power button design is very reasonable, both on the lower position, it is convenient to be able to press one-handed operation; similarly equipped with LED lights, unread messages, etc. are charging different color tips.

According to knowledgeable sources, UMI X3 will continue using UMI X2S LTPS ( low temperature polysilicon ) technology displays, LTPS technology not only has a high viewing angle screen, and higher brightness, color should be bright, 1920 * 1080 FHD resolution with the mainstream level rate and full fitting process, however, because the spy shot blurred, can not reflect the specific display.

Together with previous exposure news shows, UMI X3 may be the first to introduce support for TD+ WCDMA 3G dual standby dual version, the use of high-frequency version of the MT6592 2.0GHz eight-core processor, 2G RAM+32 G ROM large memory, and will be one of the few 1400W pixel camera using the product, CROSS has been equipped with NFC / OTG functions X3 will be applied to the body, and has a comprehensive sensor.
时间： 二月 07, 2014