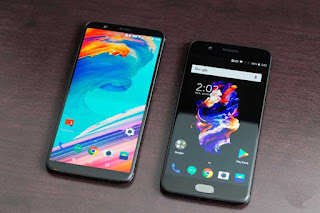 There is no doubt about the information of the OnePlus 5T before its release that its information has almost leaked on the internet and much of it has been confirmed from the appearance to the configuration. Today, let’s see it in detail together.


Appearance, its biggest change is the use of the full screen design that it cancels the Home key on the front side. The design of the back side is the same as the OnePlus 5 that the difference is that OnePlus 5T placed the fingerprint recognition on the back side and the body size compared to the last machine is more slender with the thickness is 7.2mm, and the weight is 162g.

Configuration, it is equipped with Qualcomm Snapdragon 835 processor like the phone of the Xiaomi Mi MIX 2 with 6 / 8GB memory + 64 / 128GB storage combination, and the battery capacity is 3300mAh. In addition, it equipped with 6-inch OLED screen with a resolution of 2160 × 1080 that the screen ratio is 18:9 with the material of the fifth generation of Corning gorilla glass that is the size is the same as the Huawei Mate 10.

According to the leaked news that the price of the 6+64GB version is about 3300 yuan and the 8+128GB version sells about 3800 yuan, which is said to be a little cheaper than the next generation of the Xiaomi Mi7. Do you like it and decide to have one?