Yesterday a set of leaked photos surfaced online and they claimed to show the upcoming iPhone 7 and its new antenna design. Today, in an odd twist of events, Li Nan, Vice President of Chinese manufacturer Meizu, made a clarification that the device featured in yesterday's close-up shot is actually the Meizu Pro 6.

The Meizu VP provided a picture of the bottom half of his company's upcoming Pro 6 model, seen above with "Meizu" branding, which sports an iPhone 6-inspired design identical to that of the part "leaked" yesterday.

However we suppose it could have easily been mistaken for the iPhone 7 given the previous renders, but either way we guess the previous report has since been debunked. That being said, the Meizu Pro 6  is a phone that has yet to be officially launched. The company has been teasing information about it for a while now but has yet to officially debut the handset. 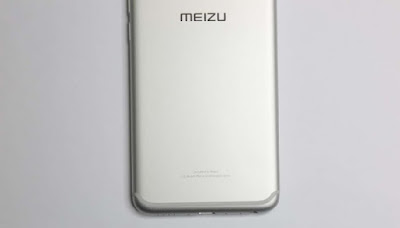 Even though Meizu mobile seems very interested in diverting some of the buzz around that picture towards its upcoming high-end device, we can't but notice that the overall shape, material used, and color of the phone suggest the Meizu Pro 6 will be very similar to iPhone 6s when it comes to design. That's what made the earlier leak look so convincing, especially considering that some reports say the iPhone 7 will be remarkably similar to the iPhone 6s – and there's nothing wrong with that.

In addition to all this, the Meizu PRO 6 will probably ship with 4GB of RAM, even though the latest rumor claimed that the device will sport a whopping 6GB of RAM. This is not impossible, but it is highly unlikely. Anyhow, the Meizu PRO 6 and Meizu MX6 probably won't be announced until September, though the company might yet surprise us, stay tuned.
Source: GizOK
时间： 三月 17, 2016