OnePlus 3 won't be launched on April 7 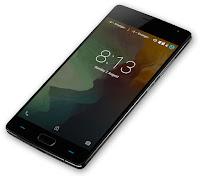 OnePlus 3 won't be launched on April 7, contrary to recent reports. The China-based tech firm has confirmed to Android Authority that the event on the said date is not intended for any smartphone outing.

OnePlus has an event lined up for April 7th and many believe that it would unveil its next “flagship killer” handset at this event. Naturally, there's interest in the company's next handset given that the most highly awaited Android flagships of 2016 are already out, so people want to see how OnePlus takes on the likes of Huawei P9 and LG G5.

Thankfully, the OnePlus 3 recently popped up in an AnTuTu benchmark, where its specs were all uncovered. The OnePlus will reportedly have a 5.5-inch Full HD display with a Qualcomm Snapdragon 820 processor powering it up, along with an Adreno 530 GPU. It will also come with 4GB RAM and 32GB storage space. It will also feature a 16MP rear-facing camera and on the front is an 8MP selfie snapper. It will run on OxygenOS, which is based on Android 6.0.1 Marshmallow.

Pei also teased that the OnePlus 3 will have a "new design," although his remark is too vague to get something out of. On the surface though, the OnePlus founder is preparing users for the new look the next "flagship killer" will don.

Okay, fair enough, but OnePlus Mobile hasn't said when it's going to be launching its next device. Presumably, it will happen before the summer, but that's just plain old speculation, we're going to have to wait on the company to come up with the official details about the OnePlus 3 launch.
Source: GizOK
时间： 三月 27, 2016