Zuk Z2 Pro will be launched in India next month 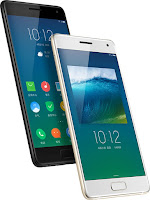 Lenovo is all set bring its subsidiary company, ZUK in India. The company will launch Lenovo ZUK Z2 Pro in India next month. It will be priced around Rs. 20,000 in India.

Lenovo launched the ZUK Z2 Pro in April. Now the company is bringing the smartphone in India. Invites for the launch have been distributed by the company however launch date is not revealed.

Zuk Z3 comes with a 13 Megapixel Sony Exmor RS IMX214 sensor rear camera with LED flash. For selfies, It has a 8 Megapixel OmniVision front camera. It comes with 128GB in-built storage which cannot be expanded.