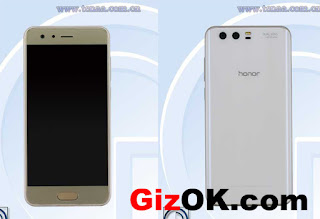 It is the most busy time for mobile phone manufacturers with the coming of the Summer. According to the news from Gizok that Huawei official will launch a new flagship--- Huawei Honor 9 in the middle of next month.


It is different from Huawei Honor V9 that this is a small screen flagship, for they pursued a double flagship route starting from last year, and the hard to separate the conditions are large and small screen. Now there are more infirmation about Honor 9 that except the previous 4G +64GB version, this time there is 64GB and 128GB version.The processor frequency is still 2.4GHz, and the model is the Skirin 960, which will be more faster than Huawei Honor 8. What's more, there is white version and sapphire blue version, and then dual camera is 12 million +2 million pixels dual camera (front 8 million pixels), which is the same as Huawei Mate 9.

As for other configurations, the battery capacity is 3100mAh that is a little smaller than Huawei P10. supporting dual card dual standby all Netcom, running with Android 7.0 OS. Front fingerprint unlock and the back of the camera design is the same as Xiaomi Mi6. As for everyone concerned about the price, before the news that, 4GB +64 GB 2299 yuan, 6GB +64 GB 2599 yuan, and the top 6GB + 128GB 2999 yuan.