Now a leaked image of the Note 8 has popped up on Chinese microblogging platform Weibo. The leaked picture shows the back panel of the device. It looks a lot like the Galaxy S8, except for a few design changes. There is no way to tell if it indeed is the Galaxy Note 8, but the upcoming phablet is rumored to look similar to the Galaxy S8, which has received an overwhelmingly positive response from both the consumers and critics. 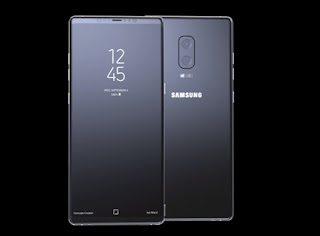 Kuo suggests that the Galaxy Note 8 will feature a dual-camera, which will be a departure from both its predecessor and the recent Galaxy S8 releases. Park Kang-ho, an analyst for Daishin Securities, concurs with the verdict of Kuo, with the two analysts also providing details on how they believe the Samsung snapper will turn out.

Kang-ho and Kuo indeed believe that the camera in the Galaxy Note 8 will be the most important upgrade of this eighth generation device, featuring a 12-megapixel wide-angle lens. A 13-megapixel telephoto lens will also be included, according to the analyst, while the duo also suggest that dual optical image stabilization will feature alongside a 3x optical zoom option.