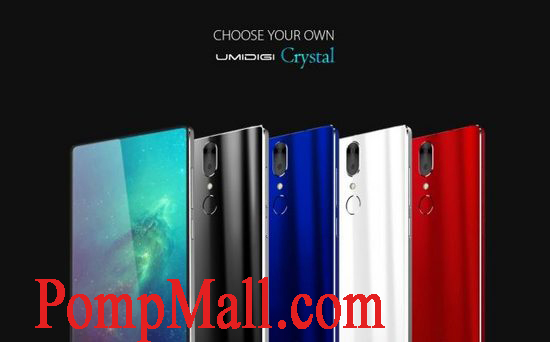 Recently, many mobile phone companies have announced the launch of their own full screen new machine. The brand called UMIDIGI mobile phone recently officially open to the outside world of their own new phone---UMIDIGI Crystal Plus, which belongs to the Crystal series with a variety of products for the users to choose.

According to the news from Pompmall that now the official only reported Crystal Plus version equipped with Snapdragon 835 processor, which will running with a quicker speed than UMIDIGI Z Pro while, Z Pro is equipped with Helio X27 Deca Core processor. Using 6G RAM and 128G ROM memory which is much bigger than UMIDIGI C Note that allows us to download many Apps that we like. Other specifications yet have not to be public, according to UMIDIGI products used in the previous platform speculation, Crystal will Still use MTK chip.

UMIDIGI Crystal With blue, black, red wine, silver four colors that is much favor among to the users.Will the Crystal Plus also with the same colors?