Ulefone F1 will be released:With full screen and dual camera 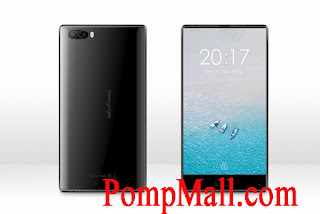 Ulefone F1 looks strikingly similar to the Mi Mix in that the top and side bezels have been reduced to almost nothing. Because of this, the front camera needed to be moved to the bottom bezel, so pictures taken with the F1 might look up your nose a bit more than you would like.It will use MediaTek’s 2.5GHz octa-core Helio P25 and 6GB RAM , while the sizable 128GB of native storage should be more than sufficient for most folks’ needs.

you will find the F1’s fingerprint sensor below the display, and as an added bonus, it doubles as the phone’s home button. Furthermore, F1 will have earphone jack. Finally, like the recent released of xiaomi mi6, Ulefone confirmed that the F1 has a dual-camera setup, but did not say what resolutions the cameras shoot at.