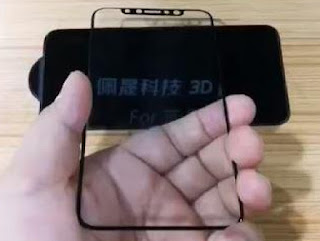 CaseMe suggested that previously leaked pics indicate that the phone will have an “infinity display” with a tiny bezel, the name for the bit of plastic that frames the screen.


The protector also appears to have small holes indicating that a number of cameras which would be used for selfies and potentially even facial recognition. That means you could unlock your phone using your face.

More intriguingly, it notes these devices are running displays at 387 x 812 pixels. This sounds low but since arrival of the ‘Retina Display’ on the iPhone 4 in 2010, Apple has increased resolutions by using pixel doubling and tripling to increase sharpness and maintain app compatibility.

Of course, like the iPhone 7, there’s every chance Apple will slightly scale down the iPhone 8 display as it does with the iPhone 7 Plus to find a resolution to its liking.