Huawei Matebook X is arguable the most attractive laptop 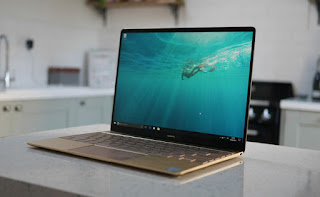 Huawei is the world's third largest smartphone manufacturer, and now the Chinese company has turned its attention to making laptops. Its first attempt, the Huawei Matebook X is rather excellent, although, like with everything Huawei makes, its influences are clear - Apple's Macbook better start sleeping with one eye open.


Cover up the logos and you'd be hard pressed to tell the difference between this and Apple's Macbook. That's no bad thing because the Macbook is arguable the most attractive laptop you can buy, but it would have been nice to see Huawei do something a little different with the design, like Microsoft did with the Surface Laptop.

We're not too fussed, however, because the Macbook is a stunning laptop, and so to is the Matebook X. It's great news for people who love Apple's industrial design, but prefer Windows 10 over macOS.

The display has a 3:2 aspect ratio, so it's a little more square than Huawei Matebook E laptops. This is great for working and surfing the internet, but not so great for watching videos. The battery life is claimed to be around 10 hours. We'd say this is a slight overestimate, and generally got around 8 hours, which we're still pretty happy with.