Huawei Mate 10 may release in September with Kirin 970 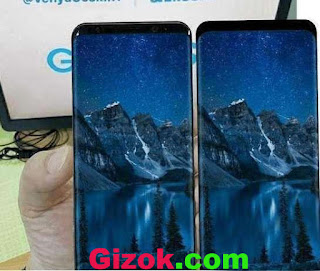 The fans of the Huawei must have expect for a long time about the Huawei Mate series of the new machines, but now just arrived in June, the release of the Huawei Mate 10 should be before and after of the Apple, as for the specific time we are not sure, may be it is in September. Although we do not know the release time, a lot of information about the phone really have leaked on the Internet,let's to see it in detail.


According to news from Gizok we know that there is much possible that it will use of the full screen design, which is very popular after the Xiaomi Mi6 was released, and fingerprint recognition can basically be determined to move to the back of the phone which is the same as the Huawei Mate 9. As for the bettery, it equipped with a bettery with the capacity of 4000mAh that is a little bigger than the Huawei P10.

As for the other configurations, it will with Hisilicon Kirin 970 octa core processor, which will give the users a faster speed than Huawei Mate 9 Pro, Android 7.1 operation system. 5.9 inch screen allows us to play games and watch movies vividly.

With the high end dual cameras, front 8.0 MP, black 20MP+12 MP that you can record the happy moment easily and taking more beautiful pictures than the Huawei Honor 9.It is said that the Huawei P11 will also use the Kirin 970 processor as the Mate 10, which one you like better?