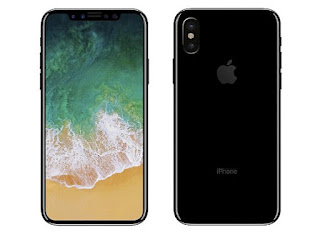 No matter the forthcoming sales figures, no matter the appearance (or not) of augmented reality, no matter the delays between announcement and shipping, Apple’s iPhone 8 has already won 2017’s battle of the smartphones.


It’s fair to say that the presumptively titled iPhone 8 has not had an easy run through the field of leaks this summer. From questions over the potential removal of Touch ID to the ever-increasing price, the geekerati are resigned to a handset that will not arrive until October at the earlier, and will likely be in very short supply due to constraints on the components.

But the handset has already struck significant blows that will help preserve Apple’s domination of the high-end handset market.

The iPhone 8 could well be delayed and in short supply. The iPhone 7S and 7S Plus appear to be little more than iterative upgrades front he iPhone 7 family. The overall specifications may be improved from previous models but on paper they will do little more than bring Apple’s smartphones to the same level as the Android flagships.

All of that may be true, but Apple’s 2017 handsets have already dominated much of the mobile landscape and will continue to do so for the rest of the year and into 2018.