Meizu Pro 7 4+64GB will release in this month 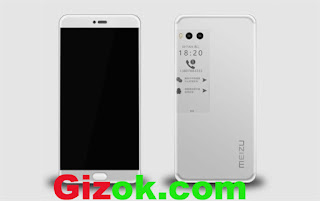 After about half of the year without the news of the mobile brand of the Meizu finally has its newest information that its new machine of the Meizu Pro 7 will be released in this month according to the news from the Gizok.


There leaked a picture shows that Meizu company is preparing for its release, which is confirmed that it will meet with us soon after. Its biggest bright spot is the use of front and back dual-screen design, which is not applied on the other phones like the Meizu Pro 6 Plus and the Meizu Pro 6. From the latest leaked photos we know that the back is a color display, which not only can show the time, weather, WeChat App notice, but also can play the games like the main screen.

As for the configuration, the PRO 7 will use 5.5-inch 1080P display that is convenient to carry with like the MEIZU MX7, and with the world's first Helio X30 processor that will opperates with a faster speed than the Meizu Pro 6S. The rear camera is equipped with a dual 12 million pixel camera (Sony IMX386 + IMX286), and the front camera 16 million pixels, which perform as well as the Meizu M3E.