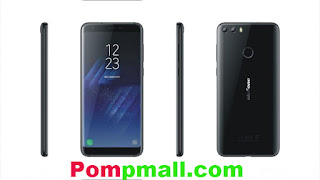 The produce speed of the Ulefone is faster than other mobile phone manufacturer, for it has release several new machines while others are focus on the only one. But they are not satisfied with their achievements that recently they are focus on designing another new machine—Ulefone F2 according to the news come from the Pompmall.


Looking at its last generation of the Ulefone F1, it equipped with 6+128GB memory combination that without accident the F2 will continue this design in order to give the users enough space to do the things they like to do with the phone. As for the processor, it will use the Helio X30 like the Ulefone T3 as the processor has released and it is very popular.

What more important is that the height-width rate of the F2 reached 18.5 to 9, and Samsung Galaxy S8 is the same screen. In other words, we can play with this phone just with one hand that its height is twice for its width, which is like the other phones such as the Ulefone T1. In addition, its narrow sides of the right and left sides are almost zero, which is different from the phone of the Ulefone Armor 2.