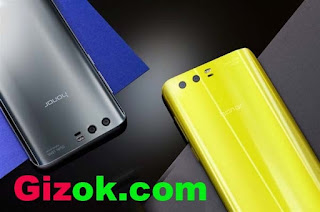 Huawei has released its new machine of the Huawei Honor 9 in Shanghai on June 12 with the theme of “the beautiful with the colorful”. After its release, it quickly became the popular model with the price range from 2000 to 3000 yuan.


From the data published by the Huawei official we know that the shipments of the Honor 9 exceed to million that has made a new record within the 28 days. The machine is extremely popular, except it uses Kirin 960 processor like the Huawei Honor Note 9 while the Huawei P11 will be equipped with the Kirin 970 processor, the 6GB memory and the third generation of parallel dual-camera (20 million +12 million pixels), but also the machine with excellent technology and the color it provides.

However, its color is not only the 4 kinds we have known. Recently, there leaked some pictures of the yellow, orange and the red of the phone put together with the grey color of the Honor 9, which looks very suitable. It is said that the yellow will be the main color to promote for Honor 9 that provides more choice for the users than the Huawei P10 Plus. In addition, another new machine of the Huawei Mate 10 will also release soon, will it also provides many colors to choose like this?