iPhone 8 is selling worse than the iPhone 7 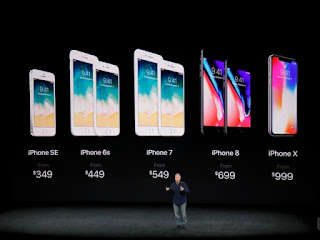 A new client note from KeyBanc Capital Markets claims the iPhone 7 is selling more units than the iPhone 8 after surveying wireless carrier stores, according to a Reuters report.


The customers in the report cited a "lack of significant enhancements" to the iPhone 8 as the reason they chose to purchase the iPhone 7 instead. There's also the price.

The iPhone 7 now starts at $549, and the iPhone 8 starts at $699 — about $150 difference. The two phones certainly look alike, since the iPhone 8 sports the same basic design profile, which has been around since release of the iPhone 6 in 2014.

But there's still something to be said about the lack of excitement for the iPhone 8 Plus, which has been apparent from moment the phone was released on Sept. 22. The reception for the new handset was muted in London, and I visited two Apple Stores in New York City and found more people wanting to talk about the iPhone X than the brand new devices on display in front of them.

The iPhone 8 might not be worth the extra cost if you're already happy with your iPhone 7 Plus — but if you're upgrading from a iPhone 6s or iPhone 6S Plus and money isn't a concern, the 8 is clearly the superior phone.

If consumers who are upgrading decide to skip the wait for the iPhone X and chose the iPhone 7 instead, that's when Apple will really have an issue.