iPhone X is best smartphone on the planet 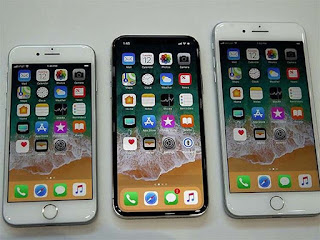 With just over two weeks to go until iPhone X release date finally arrives, anticipation is beginning to boil over. Yes, it’s true that the new phone’s sky-high price tag is scaring some people away. In fact, the thought of spending more than $1,000 on an entry-level iPhone X with only 64GB of storage is even causing some hardcore Apple fans to buy cheaper iPhones — or even to jump ship and switch to a Samsung Galaxy Note 8.

Of course, the iPhone X design isn’t just exciting because it’s new — it’s exciting because it’s stunning. The phone sports a gorgeous new OLED display with the best screen-to-body ration in the industry thanks to Apple’s brilliant engineering. The stainless steel and glass construction is elegant to a point that the phone has no equal among Apple’s rivals. It truly is in a league of its own.

It’s painfully obvious how dated and unappealing Apple’s iPhone 8 and iPhone 8 Plus design really is. It’s just… so… boring. It was a wonderful design in 2014. It drew a few yawns in 2015. It was stale and sad in 2016. Now, in 2017, it’s inexcusable. Apple is using the same iPhone design for the fourth consecutive year.

Why so many people are so excited for the iPhone X. Expect chaos when iPhone X preorders go live on October 27th, and absolute pandemonium when the iPhone X is released on November 3rd.