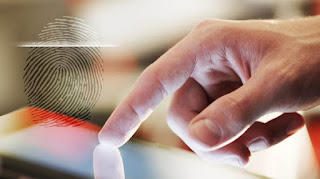 According to a note sent to clients by respected analyst Ming-Chi Kuo of KGI Securities, Samsung may put an under-display fingerprint reader on the Galaxy Note 9, due in fall 2018.


Unfortunately, Business Insider didn’t share more details from Kuo’s research note. It’s difficult to tell for sure without seeing the full note, but it looks like the Galaxy S9 – due early next year – will not feature an under-display fingerprint sensor.

Samsung reportedly tried to embed a fingerprint sensor in the Galaxy S8 and Galaxy Note 8, but scrapped the idea because it ran out of time to implement it.

Apple is in the same boat – the Cupertino company reportedly attempted to use an under-display sensor on the iPhone X. In the end, Apple opted to rely exclusively on 3D facial recognition for biometric authentication, in what many called a risky move.

For what is worth, Kuo sees facial recognition as the superior authentication method. The analyst recently claimed that Face ID gives Apple a 2.5-year lead against Android competitors.