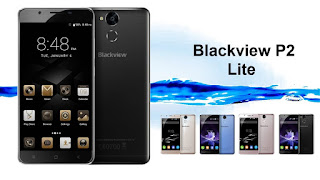 
Comparing to the phone of the Blackview S8, the P2 Lite is equipped with a smaller screen of 5.5 inches while the former featured with 5.7 inches screen, which is convenient for us to bring it to everywhere at any time, that the resolution is 1080*1920 pixels. In addition, it equipped with 8.0MP front camera + 13.0MP back camera that though is not as high as the Blackview BV8000 Pro, the photos taken by it will also be beautiful and clear.

What’s more, it equipped with MT6753 Octa core processor while the Blackview BV9000 Pro equipped with Helio P25 processor with 3+32GB memory combination that is enough for us with normal usage. What more attractive it that it is equipped with a 6000mAh big battery, which means we do not have to charge it everyday. Now it is in stock, and it is ready to come to you on Pompmall, have you decide to own one?