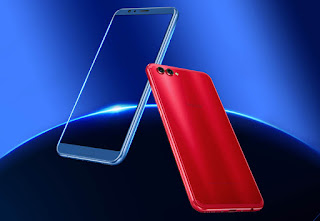 Huawei official has announced that the mew machine of the Huawei Honor V10 will has the release conference on today, which sounds exciting. There are some pictures that is said to be the photos of the real machine of the Honor V10, and the most attractive is the 5.99 inches full screen.


From the picture we know that the border of the V10 is much narrow than we have expected. Meanwhile, some fans said that the design of the UI has some changes with the fingerprint placed on the back side that is the same as the Huawei Nova 3 while some customers would rather like the pre-fingerprint than the post-fingerprint.

At the same time, Honor in the posters also highlighted the main artificial intelligence of this phone with the same of "AI speed revolution." From the release rhythm of the Honor that there is no doubt that the national version will be the first to release, while the foreign markets will be released next month. Will the new machine of the P series—Huawei P11 also applied the top equipments as the Honor V10, let’s wait patiently.