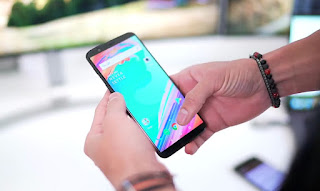 OnePlus 5T official has also issued an invitation to hold a new conference on "A New View" on November 16 in Brooklyn and will sell the tickets for this conference on November 8 with the price of 40 Dollars according to the news come from the Gizok.


There is much information about the new machine of the OnePlus 5T, and the foreign media of the 247 Techie leaked the picture of the 5T of the whole appearance that we can look this new flagship clearly. From the picture we know that it is equipped with a full screen design, the forehead and chin screen share is very low that almost no left and right borders, which shows that there is no doubt that it uses the design of the full screen like the Xiaomi Mi MIX 2.

Configuration, it is learned that OnePlus 5T equipped with 6-inch 1080P 18: 9 full screen while the OnePlus 3T just equipped with 5.5 inches screen. What’s more, it featured with Snapdragon 835 processor plus 6 +64 GB/8 +128 GB two memory combination that the speed will be amazing.

Last but not the least, it equipped with front 20 MP camera, rear dual F /1.7 aperture 16 MP +2000 MP camera that the photo will be beautiful like the OnePlus 6. What make us excited is the price, it is said that it will sells for 2999 yuan. It is worth buying it without hesitation, have you decided?