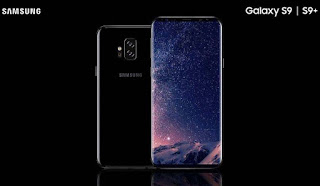 Samsung Galaxy S9 flagship that launch will dominate the headlines of the digital press. While Samsung can pretty much launch when it likes, there are more indications that it will be returning to its default schedule for releasing the Galaxy S9 and Galaxy S9 Plus.


The launch is tipped to be at one of the main press conference at this year’s Mobile World Congress, taking place February 26 to March 1 in Barcelona. Samsung has tended to hold its press conference on the Sunday before, so Galaxy fans should keep the afternoon of Sunday 25th February free.

While that would be an earlier launch than this year’s Galaxy S8 and Galaxy S8 Plus, don’t forget that these handsets were paused just before production started to allow the South Korean company to get on top of the battery issues in the incendiary Galaxy Note 7. That pushed back the launch and the public release into March and April respectively. Look back to the Galaxy S7 and Galaxy S7 Edge events, and you’ll see them taking pole position ahead of MWC.

In which case that means the presumptively named Galaxy S9 and S9 Plus handsets are a return to the status quo for Samsung, with a launch and release six months after the previous Galaxy Note 8, and presumably six months before the Galaxy Note 9.

It also narrows the window of Samsung is going to push out the Galaxy X folding smartphone for a limited release in South Korea. The only big event between now and MWC would be CES.